Blog
You are here: Home / Blog / Uncategorized / Vaccination of a child against COVID 19 and the parents’ dispute...

In today’s article, we would like to focus on a topic that is very important in terms of the current situation around the world. For more than two years, Poland has been struggling with the COVID-19 epidemic. After numerous studies conducted by scientists all over the world, society has been given the opportunity to protect itself against the disease and receive the vaccine.  However, how does this relate to underage children, who cannot make the decision to vaccinate themselves?

It should be noted that under Article 97 of the Family and Guardianship Code each parent has full parental authority, which means that each parent is obliged and entitled to exercise parental authority. It should be emphasized, that in important matters concerning the child the parents are obliged to reach an agreement as to the way in which matters concerning minors should be settled. Such matters undoubtedly include the choice of a name for the child, the choice of the child’s school and educational path, travel abroad or the way of treating the minor. In the current reality there are more and more conflicts between parents due to the fact that they have different positions on the need to vaccinate. In such a situation the guardianship court will undoubtedly be competent to resolve the matter. 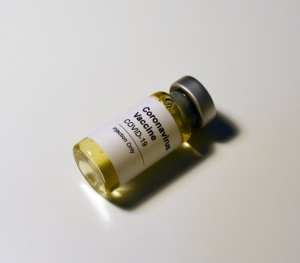 A similar case was recently decided by the District Court for Wroclaw-Fabryczna in Wroclaw in a case carried out under case number III Nsm 891/21. The father of the child filed a motion with the Court to decide on his important matters and give consent for the vaccination of the minor with the second dose of vaccine against Covid-19, because of clear opposition of the mother. It should be emphasized that the child’s father concealed from the mother the fact that the child had received the first dose. Taking into account the clear conflict between the parents when deciding, the court in accordance with Article 576 of the Code of Civil Procedure was obliged to hear the minor if it is justified by his mental development, state of health and degree of maturity. The child explicitly refused to accept the second dose of the vaccine, arguing that the first dose had already given him a certain degree of protection. In the case cited above, the court accepted the boy’s argument and on this basis dismissed the father’s petition.

To sum up, it should be pointed out that in a situation when parents are not able to come to an agreement in important matters concerning the child, the guardianship court may make the decision for them.

If you need more information we invite you to contact our lawyer Catherine:

This site uses cookies. By continuing to browse the site, you are agreeing to our use of cookies.

We may request cookies to be set on your device. We use cookies to let us know when you visit our websites, how you interact with us, to enrich your user experience, and to customize your relationship with our website.

Click on the different category headings to find out more. You can also change some of your preferences. Note that blocking some types of cookies may impact your experience on our websites and the services we are able to offer.

These cookies are strictly necessary to provide you with services available through our website and to use some of its features.

Because these cookies are strictly necessary to deliver the website, refuseing them will have impact how our site functions. You always can block or delete cookies by changing your browser settings and force blocking all cookies on this website. But this will always prompt you to accept/refuse cookies when revisiting our site.

We fully respect if you want to refuse cookies but to avoid asking you again and again kindly allow us to store a cookie for that. You are free to opt out any time or opt in for other cookies to get a better experience. If you refuse cookies we will remove all set cookies in our domain.

We provide you with a list of stored cookies on your computer in our domain so you can check what we stored. Due to security reasons we are not able to show or modify cookies from other domains. You can check these in your browser security settings.

These cookies collect information that is used either in aggregate form to help us understand how our website is being used or how effective our marketing campaigns are, or to help us customize our website and application for you in order to enhance your experience.

If you do not want that we track your visist to our site you can disable tracking in your browser here:

We also use different external services like Google Webfonts, Google Maps, and external Video providers. Since these providers may collect personal data like your IP address we allow you to block them here. Please be aware that this might heavily reduce the functionality and appearance of our site. Changes will take effect once you reload the page.